Until the Quiet Comes by Flying Lotus 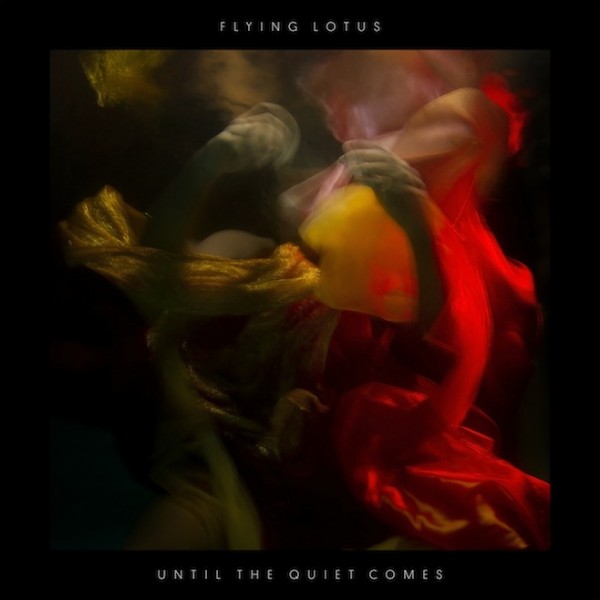 Flying Lotus’ new one, Until the Quiet Comes

Lovely. Once again, Flying Lotus has a new album out, and it’s a good one. If you’re a fan of this musical genius, or if you’re a fan of good music in general, you might want to go and pick this one up. It’s colorful with the melody, contains a few incredibly soulful vocal tunes, and has a really fun flow, overall.

As some people have been pointing out – yes, there are some trapped-out tracks in this one. It’s not exactly Wacka Flacka or Flosstradamus, though; but it’s what you’d probably expect if someone told you, “hey, Flying Lotus made some trap music.” What I mean by that is that, although there are definitely some 808 style trap rhythms in some of the album, the Lotus musical persona still shrines through, as he gives his own take on the style, with his unique trademark abstract-soul sound shining through strong. I will say, also, that the tune ‘Putty Boy Strut,’ conjures up images (for me, anyway) of a bunch of teddy bears robbing a bank.

‘Electric Candyman’ is a song on the album that features Thom Yorke. It’s very interesting. The track opens up with what sounds like a broken box of new wave synth tunes; which eventually gives way to some dreamy / spacey atmospherics, and a nice bass guitar and the sounds of a live drummer, along with Thom Yorke’s vocals coating the whole outfit with some non-lyrical singing… kind of a shoegazey ordeal, in a way, with the technique of using the human voice box as an instrument… and it works.

You can hear a live-streaming of it over at NPR.

I don’t know, at this point, which track is my favorite… But I will say, the tune, ‘Heave(n)’ is one of my favorites. Starts out in jazzy territory, and then harks back to Fly’s unique breakbeat sound, also presenting some fine color and soul. It feels like a transition track. A lot of them do, actually. A lot of musical ideas are put into each of his releases, and getting through all of his musical thoughts and experiments sometimes make the tunes feel like ‘transitions’ because a tune might start in one area and end up in much different territory. That’s not to say that it’s an inconsistent flow, however; he builds a range and then flies you through it, showing you everything it has to offer. It’s breezy, exciting, and very blissful.

Props for the new one!