FractalStein was one of the first artists to release on my own label a few years ago, over at Dynasty Shit, and he’s been dropping bass bombz ever since. And I’ll be honest, my favorite instrument in the world: “ANYTHING THAT SOUNDS LIKE THE FUNKY WORM” is played out (all original in this case) in the first track on this album. I was hooked from there. The rest of it is dope, too, I promise you that. This is NOT one to miss ….. ALSO – for those of you reading this little text here, this happens to be the 420th post to the site. I just noticed that. Ha. But anyway…Here’s a write-up by Spencer of Epoxy Records tell you all about the new album!

11 Iced Out – bass squeezed from the slushy machine, loose wobbles crack the lid like shaken soda pop, flipping the lid off the , speaker crushing erosion

2Inna Net – wrapped in the strings of a spider web, slow glitch wobbles slide under elastic samples, like a box of bouncy balls thrown in a hallway

The sound that captures the hip hop spirit in New Orleans; bounce music has taken over. With influences from the “Triggerman” to the “Brown Beat,” New Orleans bounce music quickly took over the South in the 1990s and then spread across the country thereafter, with artists such as Master P and labels like Cash Money helping to popularize the booty-shaking 200+ BPM ultra fast (and still funky) grooves of Bounce.

This sample contains loops to construct your own bounce tracks, with basslines, percussion lines, and complete beats to alter or use intact, however you decide. There are also one-shot percussive hits, so you can create your own beats from scratch, ranging from 606s – 707s – to 808s ! The style of N.O. bounce developed in the early 90s and it’s infectious and danceable as it is diverse, with often extremely sexual lyrics to basic breaks that sound that they’re at about half-tempo (100ish BPM instead of 200ish BPM) and there’s also sissy bounce, which is an extremely popular style within the realm of bounce musical culture.

So get ready to get the dancefloor twerking to your new bounce jams with these authentic samples, made with drum machines that were used to create some of the original Southern hip hop / bounce tracks – as well as drum sounds that are more modern as well. The loops are all around 19 seconds long, and many of them build up at the end before looping (for when you really want to get people going crazy in the club).  You might want to get some new sub woofers for this, so you can really make the walls shake as you play these samples out. Playing these with laptop speakers will only give you half of an idea about how these sounds really play, as this package contains some HEAVY BASS !!!

ALL FILES ARE IN .WAV FORMAT

And of course, my personal favorite sound in the world, the 808 electric cow-drum, is included. How could I leave that out? … OH – and BTW, this is THE ONLY package out there of it’s kind, which is what we’re all about at Bassadelic.com. All these samples are completely legal to use in your recordings.

These samples are all royalty-free. You can use these samples however you want – in both commercial as well as personal applications; however, you can NOT resell these samples.
THANKS! And Happy mixin’ !
-StrangeFlow
BASSADELIC.COM
Questions? Hit us up @ the website, or @ bassadelic.com@gmail.com

Posted by StrangeFlow on December 10, 2014
Posted in: New Music, News. Leave a comment 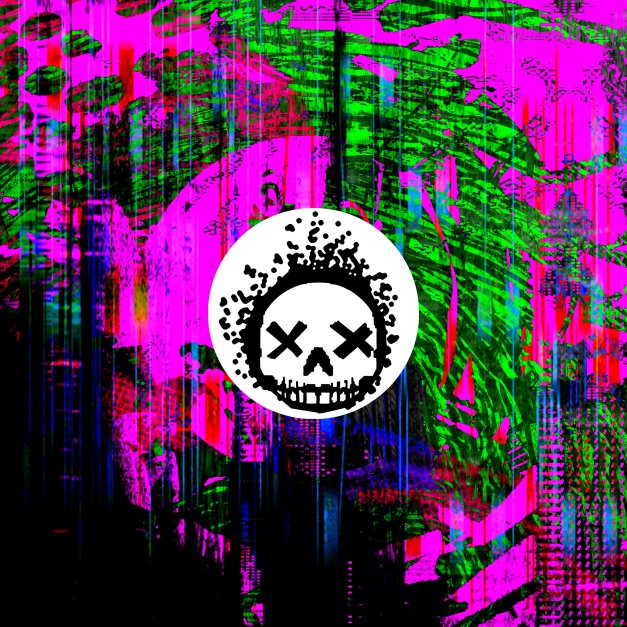 Comin’ straight outta Sydney, Australia, it’s Source Invisible with his first Dynasty Shit album! The album is full of colorful melodies and futuristic electronic rhythms to get your head into a spin and your feet working hard. Both experimental/forward-think AND accessible (as any good art should be).

‘Epidemic of Sleep’ is a perfect name for it, as it describes both the mental state that Source Invisible was in when he made the album as well as the pacing of the music. It sounds like audio-ADHD, rambling around and then jumping up and down, in an ultimate refusal to turn off the lights and go to bed.

Although it’s hard (and probably a waste of time) to try to define this kind of thing with a single genre, ‘Epidemic’ contains bits of of old school acid and rave, a metric ton of jungle and footwork, and they’re all mixed up into a syrup, dried, cut, and finally snorted.

In other words, this music feels so good, it makes actual drugs jealous.
credits
released 10 December 2014

the Cock Rock Disco label is back, and everything they’ve ever released is completely free! Yes! Thouands of hours of breakcore for everyone!

Cock Rock Disco is Back! (and, for some reason, everything ever released is completely free!)

Breakcore pioneer/Cock Rock Disco founder, Jason Forrest, has recently put the entire catalog up on the ol’ interwebz a few days ago. Go to Cock Rock Disco’s official site, here, to find the magical link for the wonderful releases page, where you can then go on to download as much as your heart desire. Warning: you will be spending days and days on this page alone. Careful, now.
Also, the soundcloud page is here: https://soundcloud.com/cock-rock-disco-label

Jason Forrest was instrumental in Cock Rock Disco, it’s true; but here’s something else you might not realize – without him, Bassadelic.com might never exist (and certainly, our label, DynastyShit.com would DEFINITELY never exist!)

I remember contacting Jason years ago, as I was a huge fan of everything related to breakcore (some of the CRD albums are still sitting on my shelf) and I remember talking to him, asking him questions about his record label, trying to formulate a plan of my own. I became so inspired by what he was doing, I went on to make my own label, the now abandoned (but probably still online) Soul Outsider record label and blog. I eventually changed the name to Bassadelic, basically started anew, and housed it on a completely different server before also making the Dynasty Shit record label (which is now going full-motherfucking-throttle, btw!).

(Another fun little footnote: Bassadelic.com originally started out as a forum. But after about two weeks I hated the Bassadelic Forum. So, now it’s a blog and company… Anyway, back to the story…)

So, you can definitely get your fix of some fine electronic music from the last ten years if you head to the links listed above. But what does the future hold for Jason? Is he done? Has he completely finished with music? Should we all be worried that he’s giving away all of his musical possessions?

No! Quite the contrary – we should be thrilled!! Jason is definitely not done. Actually, he’s just getting warmed up. He told me that he wants to mix, “2002 style breakcore with 2015 style experimental electronic music,” – a statement that, well, knowing Jason, is something to take pretty seriously.

Here are just a few of the full albums you can get, that have been posted on the soundcloud page:

When I contacted him ten years ago, he was living in Berlin. But since then, he’s come back to the States for awhile, and says he “did the money thing, but is interested in music as a passion now.”

So maybe that’s why he’s giving away pure and unadulterated musical gold from the 2000s. Well, whatever the reason, a lot of people are happy about the generosity, especially as breakcore (and all things related) has been quietly sneaking back into prominence, little by little, for the last year or so…

“I ended my career in many ways, but that meant I had to bring it back from the dead now, too.”

So, as of now, where the hell is the guy who put this label together?

I asked if he moved there because it was where he was from, originally..

“Yes, but it also is the place where I got a job, and you know, beggars cant be choosers.”

Despite this, all of us breakcore fans can happily be beggy beggy choosers as we sift through the treasure trove of good free hardcore electronic music from 2006 over @ Cock Rock Disco! Cheers!! 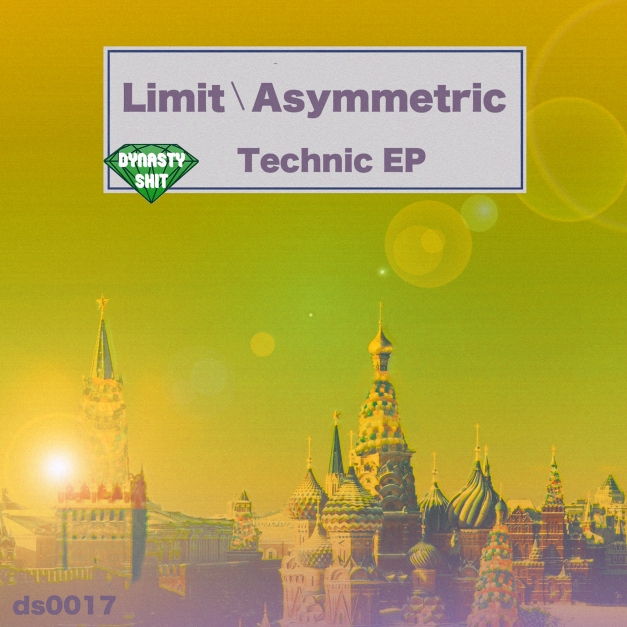 Hardcore is Back Sequel Album by 5ifty$ix K Promises Breakcore Footwork on the Ruthless and Evil Tip of Electronic Music. Title’s a bit wordy.

So, you can go here to get a copy of this one. Or, listen to the trax below..

A 12-track EP with elements of footwork/juke, jungle/dnb, and it dips pretty heavily in the breakcore department. No, not that scatterfuck nonsense that breakcore unfortunately dove into for about 7 years, but the fun and weird and meticulous kind of breakcore – back when it was trying hard to actually be forward-thinking. The ‘golden era,’ that very few people know about. Doesn’t matter, really; the point is, this is a decent album, and you should definitely check it out. Unless you hate bass music. In which case, I’m curious as to why you’re clicking around on a site called ‘Bassadelic.’ That doesn’t really make a lot of sense, I reckon..

Here’s a write-up I did for the album on the label website, Dynasty Shit:

Well, the sequel is finally here. I’m really happy with how this one turned out. An unhealthy mixture of blood, sweat, and evil; all doused with meticulously chopped up beats and basslines. ‘Ruthless,’ is probably my favorite track on this one, so check that one out if you like.

I sincerely hope this one hurts everybody’s ears in the most pleasurable way imaginable. I feel like I’ve really figured out how to make some of the weird sounds that are floating around in my lunatic head. Though, naming tracks is still kind of a wonky procedure, to me. Ah well.

Hope everyone digs the music, and I hope it gets a few fine folks out there to say, “Huh, this toxic mixture of footwork and breakcore isn’t as bad as I thought…” Or, at very least, maybe the album will just make you feel sort of evil for about half an hour.

Planning to do a lot more in the ‘Hardcore is Back,’ series, unless all of music suddenly flips a switch and converts itself into breakcore footwork, in which case, I’ll have to start making country-trance out of sheer panic. I hope that doesn’t happen. Country-trance sounds really awful.