200 Posts! The History (and Birthday) of Bassadelic!

Posted by StrangeFlow on June 3, 2013
Posted in: Articles. Leave a comment Welly, welly well. Bassadelic is a 200 posts in, and 1 years old. It’s been a great year! If you’ll indulge me, I’d like to go through some of the history of this site, and bring everyone up to the present..

When I first started working on this site, it was over a year ago. It was February, 2012; I was living in Michigan, at the time. Originally, I thought I would make a music forum, and call it the Bassadelic Forum.

It started out OK, though there wasn’t much traffic. Peope didn’t seem super interested. I didn’t know what the problem was, until I realized that just calling a music forum ‘bassadelic,’ might not exactly be too descriptive. What I mean by that is that if I called it Juke Music Forum, or Neuro Step Forum (two forums which I later bought domains for – Neurohopforum.com is now being ran by a friend of mine, and he’s really turned it into something massive, and Jukemusicforum.com I started a month or so ago, and it’s also really starting to blow up)…

So, I went to the drawing board, and thought about what I could turn Bassadelic.com into. It had been a dream of mine for awhile to start a music blog. If the Bassadelic Forum was still around, it would be easy to see that, because I was producing most of the content for the site. In trying to get the conversation going, I had about 50 posts or replies, outweighing the entirety of posts by other users. I also wanted to make sample packs. So, I decided to restart Bassadelic.com as a blog with music tutorials, sample packs, reviews, and many of my rants and ramblings about music that I’ve built over years of obsessively listening to electronic music since the 1990s.

Thus, Bassadelic.com was born. Though I restarted it and turned it into a blog, it was around June that I really kicked it into full gear. I had a lot of time to sit there and do nothing but build up the site, as I was in Seattle at this time, waiting around for an apartment manager to give me the green light on moving into my new place. Well, it took a week or two longer than I’d anticipated, so I had time to just hang out in my hotel and work on the site (along with exploring Washington state, getting Jack in the Box, watching godawful cable news and sitcoms, and of course, going down the street to get a refill on my six or eight shot espresso at the lingerie barista stand by the highway. Ah, those lingerie baristas are great!)

So, I started really getting the foundation for Bassadelic set, and I finished my second sample pack, ‘StrangeFlow’s Authentic Electro Swing Samples.’ My other one, ‘StrangeFlow’s Insane Glitch Hop,’ got picked up by Industrial Strength Records and was featured on Loopmasters (and still is) by BHK Samples, an awesome samples company based out of Germany. I finally began making a few bucks – and let me tell you – the first time you see a sale of one of your products online that you sold on your website – it will make your month! Even though I only sold about three in the first month, I was thrilled!

(Below is an EXTREMELY accurate map of the U.S., highlighting the country-wide voyage of Bassadelic over the last year. Mostly, Michigan and Seattle are highlighted, and yes, that’s … “supposed” to be the Space Needle. Though I never went into that thing, and really, I think the Space Needle only represents Seattle to people who’ve never really been there. Ah well. Well, long story short, I continued on this path, making sample packs and working on articles and posts for the site, even after I moved into my apartment in Seattle. Seattle’s a fun area. Though, it is hard to make friends (something that was confirmed by several people to me, telling me that, apparently, “we just keep to ourselves more, here,” and there is also a lot of crime (I got robbed TWICE in six months) living in Seattle is an experience that I know I’ll look back on with great fondness.

I also managed to write a book while I was in Seattle, ‘Guerilla Blueprints for Creative Passive Income,’ an ebook designed for electronic music producers to find a way (as I did) to make some money to help pay the rent, and to be able to avoid working in the food service industry just for a few extra bucks. I put it on Amazon, as well as sold it on my site. Haven’t sold one damn copy on Amazon, but sold some on this site. (Hmm, outselling Amazon…somehow??)

After about six months I moved in with a buddy of mine in the Silicon Valley area in Northern California. I’ve been here for the last six months, and in another month I’m going to go back to that stankin’ mitten (Michigan) and see my family and friends, in the town I was born. But before the end of my stay in California, I expanded a bit. I discovered footwork jungle, and decided to start Dynasty Shit, a net label for footwork jungle music and musicians. As well, I created a new musical moniker, 5ifty$ix K. Mostly for footwork jungle type of music, but we’ll see how it goes… Maybe this will be the end of StrangeFlow, and the rise of the 5-$ix! Ha. I also, as stated earlier, started Jukemusicforum, which I’m very proud of.

I’ve also made some really great friends in the last year! I did finally make some friends back in Seattle, and a few more friends here in the Bay, and met some awesome folks on the interwebz as a result of putting together some of the projects I’ve been involved in. It’s been a great time, and I plan to keep going even harder (in the paint?) in the 2013-14 season!

SO, what free shit can you offer us, StrangeFlow, or 5ifty$ix K, or whoever you are?

Second of all, yes, there’s some awesome free shit on the plate today. Dyasty Shit, Bassadelic’s record label (focused on cutting edge electronic music, specializing but not limited to footwork jungle) is releasing a couple of awesome things this week. The first thing is a FREE ep by FractalStein, a glitch hop producer who is giving away his new release @ Dynasty Shit . com now. Check it out. It’s some fun glitch hop / trap shit, and very melodic. FractalStein is a talented young producer who you will DEFINITELY be hearing more from in the coming months. 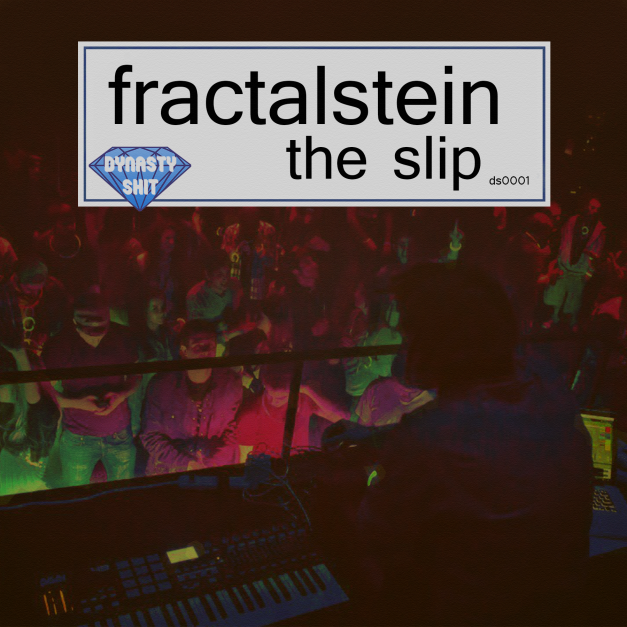 What else is there?

A couple of things:

The first thing? KidLogic Drops a Birthday Mixtape on us, AND Exclusively Premieres New Songs!

StrangeFlow – I mean 5ifty$ix K – uh.. I mean, “ME,” has a new EP coming out tomorrow! Yes, it’s some footwork jungle stuff, and you can check that out as well, on DynastyShit.com – as I said, it’ll be available on the 4th of June, so stay tuned for that one!

Yes, it’s a great footwork jungle release, in my opinion. I’m super excited about it! And yes, that familiar speaker-headed dude (me) is there, too. Get 5ifty$ix K’s new EP, Brain Drain! 4 track + a bonus fifth track, all for “pay what you want.” what whaaat!! It was going to be two bucks, then I decided, “meh, for a new-alias’ first-EP, it should be free…” So, free it is.