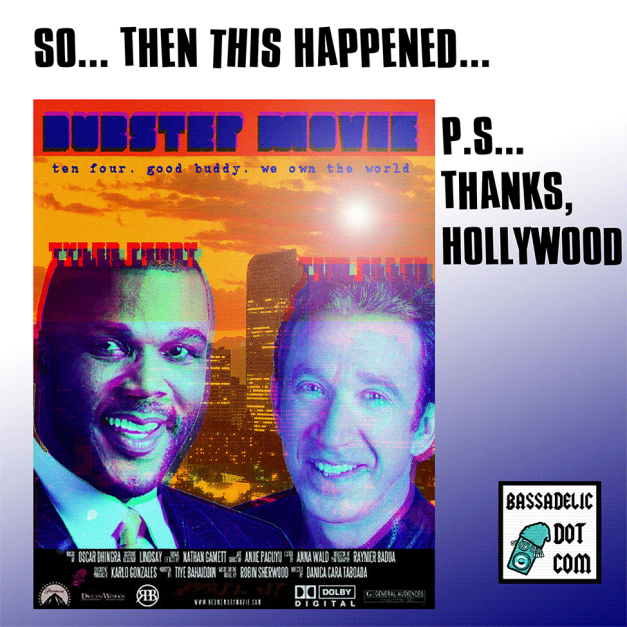 Tim Allen + Tyler Perry to release new buddy-comedy, and here’s the kicker – it’s called (or at least codenamed, at this point), “Dubstep Movie.” ..Yea. Don’t believe it? Verify it yourself here … or HERE.

Famous failure, Tim Allen, has said that he is directing the film as well as starring in it with Tyler Perry; as the two play “a couple of old clubbers,” named “Skruugz and Thumpy,” who, in the film, need to pay off Thumpy’s long-forgotten student loans. They hatch a plan to sell fake-molly at Ultra Music fest. Hijinx ensue (or at least, I’m assuming they do) as the character duo make their money, pay of Thumpy’s bills, and probably learn nothing about themselves – nor become better people – in the process.

TMZ reported that Tyler Perry said in an interview two days ago that, “it’s kind of a fun mixture of humor and reality.. If you liked, ‘Dude Where’s My Car?,’ or any of those ‘Friday’ movies with Ice Cube, you’ll probably this new one we’re doing, because Dubstep Movie is kinda like a mix of ‘Dude’ and ‘Friday’. 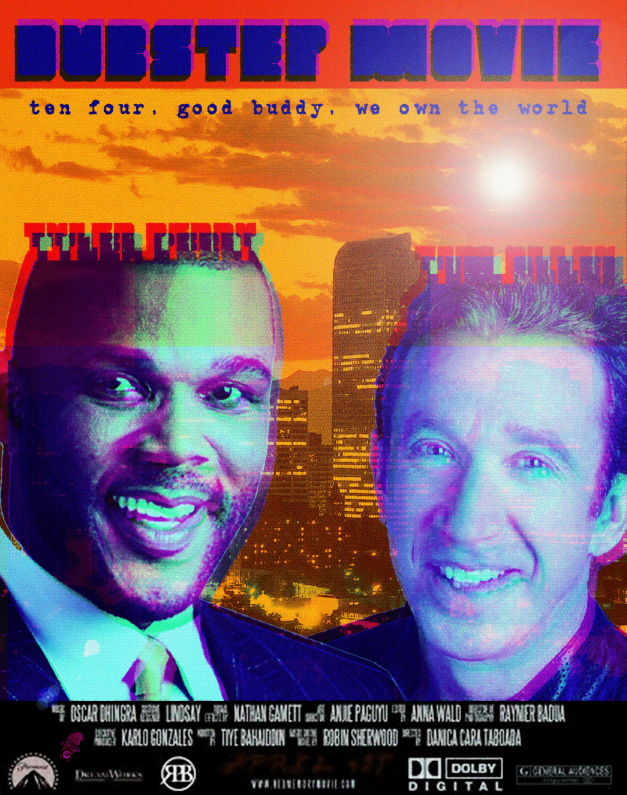 When asked about the title of the film, Detroit douchebag Tim Allen had this to say: (The following is directly from the TMZ article)

“It’s a new thing, this dubstep stuff. The kids next door have been playing it, and I really want to impress them, and you know, show them that an old man can still rock,” he chuckles, “so we thought we’d do it to it, ya dig? Making music with little laptops and things like that, it’s kind of nuts, and it’s a completely new thing, kids making electronic sounds, I can’t imagine where it’ll be in five years.”

When asked about his favorite DJ’s, though, Tim was expedient to point out: “Oh, no, I’m more an old school kinda guy, music-wise, I’m a Michigan man, so I like my Bob Seger, or the band ‘Yes.’ REALLY into Yes, actually. You know, music with actual instruments, I mean, come on…” He gave his trademarked ‘I’m-a-stupid-coked-out-idiot’ smirk, and then drank some more of whatever was in his stupid fucking cup. And then the interview was over. Seriously.

Tyler Perry and Tim Allen have long been considered Hollywood rivals, for whatever reason – but this film proves, if nothing else, that two opposing forces of Hollywood TITAN-ism can come together and share in an experience that will likely make them millions of dollars.

“I don’t do it for the money,” Tim Allen lied, “I do it because I think this music is relevant, and I’m relevant.”

The film will take place in Denver, Colorado; in a local night club called Cervatez, and the club was quick to point out that it has already announced to the world that scenes for Dubstep Movie will be shot in and around their establishment, which is located on Colfax Road, and is one of the most frequented areas in Denver.

Why Cervantez? Why Colfax?

“I mean, maybe we can make this music into something really big, now. It’s already on it’s way up, but you know, sky’s the limit! Dubstep is a feeling.” Tyler said.

“Couldn’t agree more,” Tim Allen awkwardly jumped in, like a blind ape learning to swim, “Ten four, good buddy. We own the world.”

That’s apparently the catch phrase of the movie, as the rumor mills have been saying that Tim has been going around Hollywood, quoting that part of the film, over and over, “possibly trying to subtly influence the zeitgest in the way that famous failures always have; namely, in a pushy and untactful way.” Said astrophysicist, Neal Degrass Tyson, when asked his view on Dubstep Movie a week ago, during which time Tyson was supposed to have been asked questions for his new remake of Cosmos. Why someone would interrupt an interview like that to talk about Tim Allen is extremely beyond me. Well, I guess that’s what happens when you let the interns run the show.