Posted by StrangeFlow on December 17, 2013
Posted in: Articles, motivation. 2 Comments

Yep, that’s right. Part 2. This turned out to be one of the most popular articles on the site, with people REALLY getting into some of these, which makes me think I’ve stumbled across something good that I should try my best to repeat. Why not, eh? They’re fun, they’re apparently quite effective, as slogans and motivators, hell, they even motivate me. So, here are some more I’ve brainstormed.. Hope you enjoy. 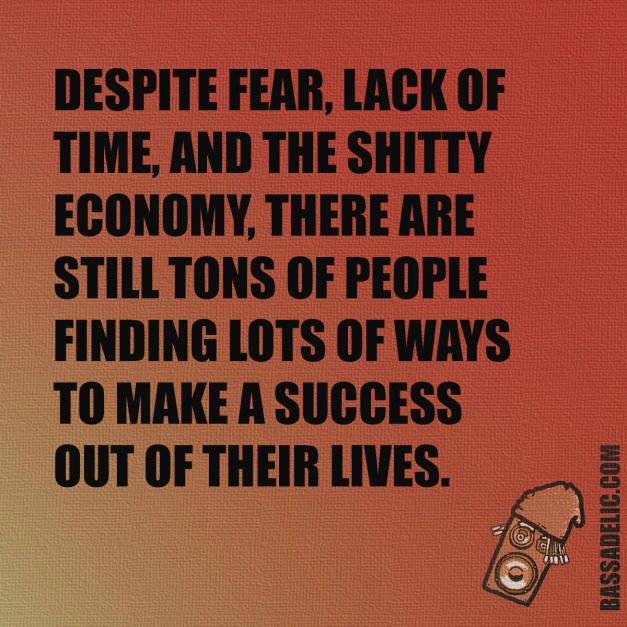 I’m from the Midwest. We’re known for our modesty. That’s not to say we’re all a bunch of good-hearted decent people. Lots of us are, but some are NOT. In fact, some Midwestern folks are reactionary motherfuckers who resent change and make you feel bad for having SLIGHTLY too much confidence OR for thinking about things differently than they do (let me preface that by saying that it’s NOT everyone.. In fact, if you look around, you can find some truly fucking AWESOME people around ‘these parts’).. But that’s not my main point here, my main point is this: don’t skimp on the confidence. It’s something a lot of people all over the place have to deal with, but you know what? Even if you don’t actively TELL people how awesome you are, you should at least know it, deep down, personally. How am I so sure of this? Well, shit, you’re on Bassadelic.com, which automagically makes you 62% cooler than everyone else, and that’s just science fact.

Anyway, the point is, we each have SO much potential in us, and the sad part is that few of us ever fully appreciate that FACT. Thus:

On that note, as far as thinking highly of yourself, here’s another one to ponder…

It’s definitely true, you can be. And actually, it’s probably not as hard as you think. Seriously. Not to say that everyone around is lazy, because I’m certainly not in a position to judge that. But it’s about setting a routine. If you consistently try as hard as you can to fulfill your goals on a regular basis (your HUGE goals) then HEY! You did it! 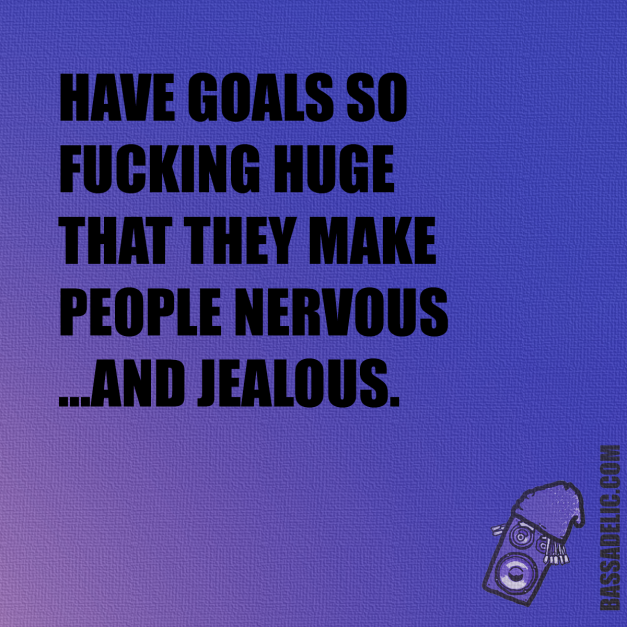 It’s SUPER important to stay hungry. Don’t fucking settle if you don’t have to. There’s no good reason to. When I started this entire site, I always reminded myself that if I don’t consistently grind and work my ass off and make at least a LITTLE bit of money from my time and efforts, I would eventually run into some money issues. And that would suck. No, it’s not ALL but money, but shit, if you have to pay the rent, then at least SOME of it IS about money, and that’s just fucking reality…

This one’s a tad wordy, but hey, if it works for you, then who cares who wordy it is? 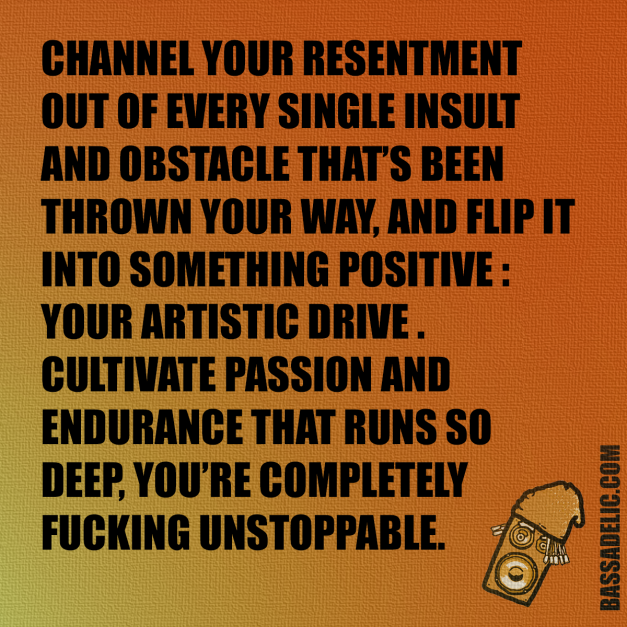 Sometimes you have to be a bit hard on yourself. You want the world to know how dope your breaks are? How fucking awesome you can flip bass onto some thick-as-steel rhythms? Do you REALLY want to world to know you’re more than just some run of the mill kid with high hopes? You want to show the world you’ve REALLY got something? …..

Yea, son. This one’s got to be one of my favorites, to be honest. Really open-ended, but I’d put it on my wall for a very specific set of reasons, i.e. all of my own personal goals and dreams.

So, that’s about it for now. I hope this second installment of extreme motivation has gotten the ambitious neurons in your brain firing all over the place. But if not, then just consider this last graphic, below.. The one that basically contradicts every other graphic on this page. But you know what? Fuck it, if it works for you, it works for you, so I think it’s OK to have contradictions, coming from that context. Let each of these graphics be their own island, if need be.