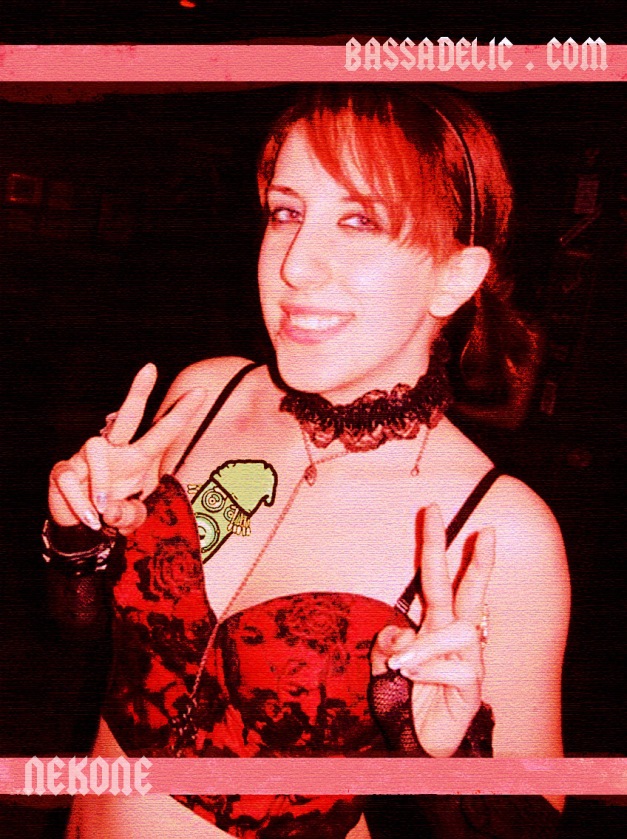 So, here’s Nekone, a model from Michigan. She’s twenty years old, she’s gorgeous, and she has some photos up with the little Bassadelic face on her chest! I was excited to post these, and hopefully, there will be more photos like it in the future! :)

Yes, that’s right, Bassadelic is so monumentally huge that it’s inspired models – super hot models – to take photos of themselves endorsing the site! …Ok, so maybe the site isn’t THAT huge… YET. But still! It’s exciting to have Nekone help out! One super hot model is much better than none! :) 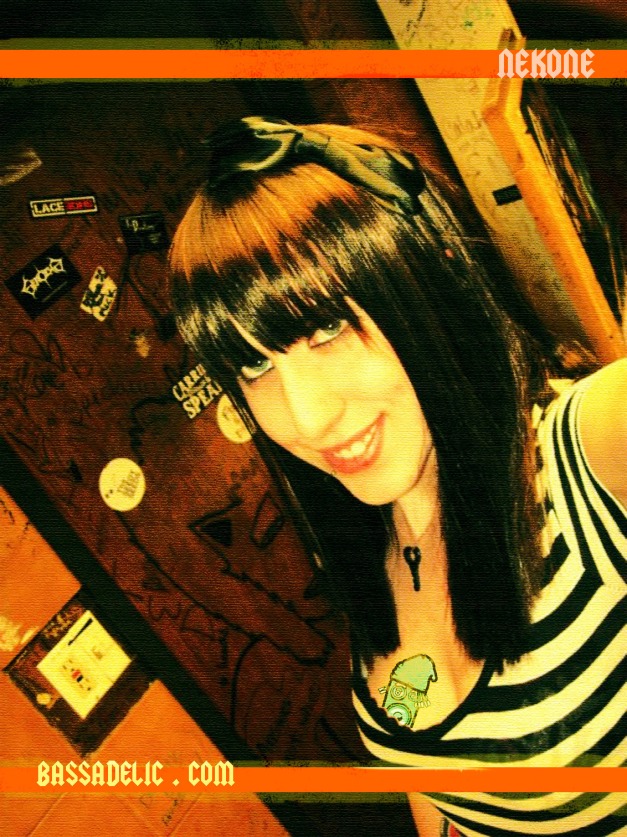 She likes to dress up and go to the club with her friends, and two of these photos were actually taken there, at Mac’s Bar, in East Lansing, during a weekly event called Black Mass Sunday. She wears the little speaker-face-dude pretty well, I think.

Nekone is going to continue to pursue her modelling as a career, and has some gigs coming up soon. I’m sure you’ll see her again in the future. If you do, tell her you liked her Bassadelic shoot :) Like I said, I hope I can persuade her to do more shots for the site! 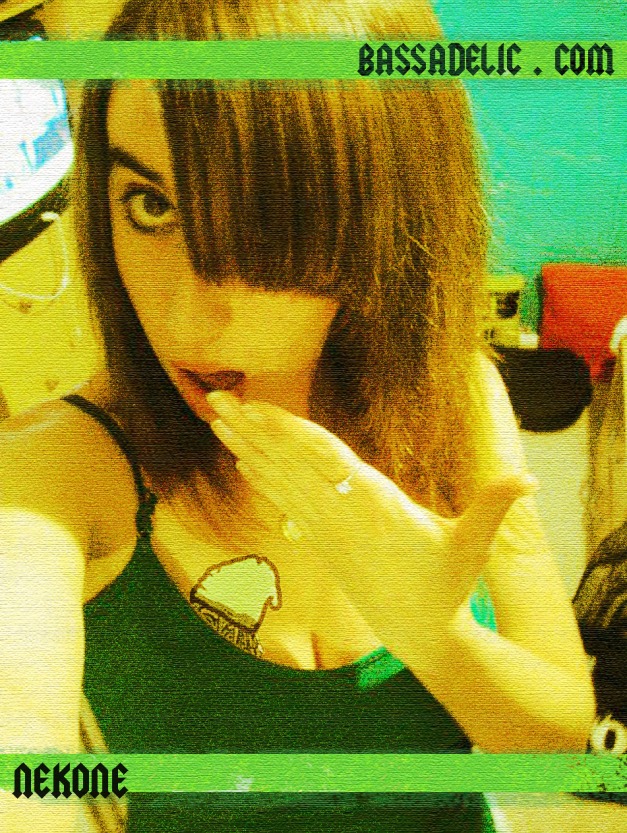 And also, if YOU’VE taken a photo of yourself (with the Bassadelic logo or name) and want it featured, hit us up! We always love posting things like that! Can’t necessarily promise you an article, but it’s always a possibility.