Sonic Gets Purple, Joker Has a New Skweeeelightful Free Album! 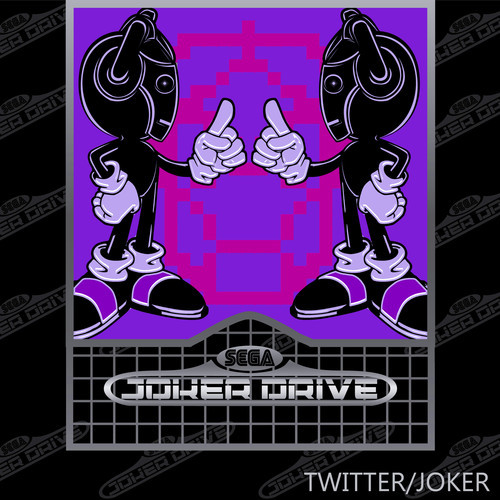 I didn’t think I’d be writing another post describing an album as being both skweee AND sega-ish again (or at least this soon) but hey, I guess that’s 2013. The king Of purple (Joker!) releases a Sega rave album!

Yes, nine new tracks by Joker, ‘Drive’ is a series of fun tunes (stages) reminiscent of Sonic the Hedgehog or Toejam & Earl. Any old Sega-gamer from back in the day will get at least a few delighted smiles out of this album. Stages like ‘Lava Lake,’ and ‘Emerald Ring’ do more than just point vaguely towards a cast of characters from long ago – it’s an outright purple funk chiptune soundtrack for Sonic (and Sonic-ish) games, and that’s so much of the fun!! Mathematically speaking, a nostalgic or revisionist video game album by Joker can’t be too bad. It just can’t. Take a listen to this nine-track mini-album, I promise you’ll get a kick out of it!