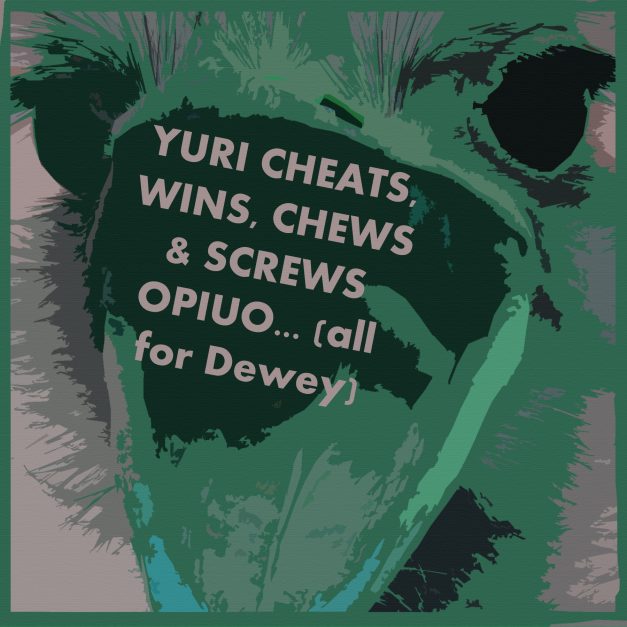 Well, Dewey DB, of Glitch Hop Forum fame, decided to run a competition. The Glitch Hop Forum Competition. It was a major success, and everyone loved it. Well, about one year passed, and Dewey decided to do another competition, and this time, the theme would be, ‘Field Recording.’ The problem, however, was that many folks seemed to not understand what that meant. Many of the more basic rules were misinterpreted, for whatever reason, and Dewey didn’t know what to do.

He decided to ask Yuri to step in and help out. Well, Yuri happily obliged, and gave Dewey this video..

Yuri invents his own sort of remix style, of which he calls ‘chewed & screwed,’ and he ‘performs’ it on an Opiuo track – “Monkey Crunk.”

Let Yuri know if you have any video suggestions for him! From saving glitch hop competitions to holding several world records for fastest beat (in virtually every genre category imaginable) the titan known as Yuri is always down for a video.